skip to main | skip to sidebar

Are moderate muslims supposed to participate in honor killings?

I saw this today and was really surprised. A muslim man in NY decapitated his wife because she asked for a divorce. That in and of itself is not that surprising--what is surprising is the fact that he was putting together a tv show aimed at getting rid of muslim stereotypes. I'm sure middle america will disregard all of its stereotypes of muslims being irrational, violent and misogynistic. Or not.
Posted by The Black Atheist at 6:38 PM 57 comments:

Wow! It's been so long

I have not posted in months but there is no time like the present.
http://www.timesonline.co.uk/tol/news/environment/article5733638.ece
This is an excellent article, and while I have not seen the primary research article, I hope it is done well enough to warrant serious consideration. This is interesting because of what it suggests--namely that altruism and a sense of fairness may have evolved in primates. One of the common arguments in favor of the existence of a god is that humans are moral and altruistic and that this trait could not have evolved. However, if you think about the types of animals primates are, I think it is entirely plausible that altruism could have evolved naturally. We are social creatures, and social creatures cannot exist together without at least some rudimentary sense of fairness and altruism. Hopefully more work like this will continue to come out and more firmly establish the roots of human altruism and fairness.
Posted by The Black Atheist at 6:28 PM 5 comments:

Most damaging effect of the past 8 years

Quite a few articles have been written about the damage done to the US over the past eight years. From our international prestige/respect, drains on our military, our incredible level of national debt etc. But, all of these problems are relatively fixable. Granted, the solutions will be complex and take a lot of time but I think they are certainly within our reach. However, the most damaging aspect of the past eight years I think is the way that the leaders of the political right have convinced their followers to distrust any intellectual. The experts have been successfully branded as elites; unworthy of your trust and incapable of understanding your issues. It is appalling because, unlike the problems listed above, this issue is an intangible one that will take a lot to undo. It's as though 50% of the people in the US have been convinced that they should not trust any media except FOX news and that they should be paranoid of everyone else. It feeds into the tendency of some of us to be insular and xenophobic. How do you mobilize a society when half of its inhabitants don't trust their sources of information. How do we form complex solutions to abstract and long term problems when half of us do not trust the experts? This type of thinking reached its culmination I think in sarah palin. An anti-intellectual, 'everywoman' sort of politician who doesn't know anything about the world and doesn't need to know because that would only make her less like the average american. It's sad actually that in the US, where we have the best universities and attract the best minds, that we now live in an age where being smart and intelligent is a bad thing. Hopefully with Obama's election we start to see a change in this attitude, but I dont think it'll be that easy. Afterall, John McCain's campaign was centered around this xenophobic, paranoid, fear-mongering style of politics and he got 46% of the vote.
Posted by The Black Atheist at 12:29 PM 6 comments:

I've been out of the country recently, so my posts have dried up a bit. But in an attempt to get it going again here is an interesting article in National geographic about a new type of earthworm. Apparently, these worms belong to a new species and evolved in old used mines. They can tolerate very high concentrations of heavy metals and may be useful in cleaning up areas with high concentrations of heavy metals. One more example of evolution in action...or maybe God just got bored and dreamt these guys up.

Wow, if you have not seen Sarah Palin's interview with Charlie Gibson please watch it. It is a perfect demonstration of what happens when someone is nominated for office with not only very little experience...but very little knowledge. It was painfully clear how she was regurgitating answers from an advisor. It was also obvious that she was coached on how to give an interview. She kept sitting forward and using her hands for emphasis and referred to Charlie Gibson as 'Charlie' repeatedly which helps to make you look like your interviewer's equal. One republican advisor actually said she liked the interview because she felt like Sarah doesn't let 'facts and figures' get in the way. WHAT?!?!?! Facts and figures keep you from invading Iraq for no fucking reason. Facts and figures keep you from drilling for oil in a nature reserve despite the fact that it wouldn't offer any significant help with our current oil/gas situation. OMG, if McCain wins the white house I am going to move to Germany.

Even Matt Damon is pissed.

As a bonus, John McCain was on The View the other day and there were some spectacularly awkward moments. Whoopi asked him if she should be worried about being put back in slavery. Classic. I love Whoopi!
Posted by The Black Atheist at 11:32 AM 2 comments:

Nothing sickens me more than when someone does something horrific and it is defended in the name of preserving old traditions. These girls were buried alive, but the town leaders defend the actions saying they reflect 'centuries old traditions'. If everyone kept that mantra we'd still be burning people at the stake and torturing others for being suspected witches.
Posted by The Black Atheist at 11:24 AM 1 comment:

The Pew Study--what can it tell us about the rarity of the black atheist?

The Pew Forum on Religion and the public life has a very interesting website full of data they collected on americans and their religious beliefs and practices. They studied catholics, jews, protestants, muslims, evangelicals and those who attend african american churches. The study was interesting to me because it highlighted some interesting aspects of the african american religious experience in america. Although I think that defining myself as a black atheist is somewhat arbitrary (I could just as easily have named it the gay atheist, but I didn't want to incite the wrath of god) I thought it was important to self-identify myself given the paucity of other black atheists in america today.

Being a black atheist can be an isolating experience at times. Of all the african americans I know myself and my partner are the only two atheists. The pew study on religion showed that 90% of people in historically black churches are absolutely certain that god exists (compared to 71% of the population at large). Additionally, 7% were 'pretty certain' that god exists while 0% classified themselves as atheists. Although the 0% is obviously not true it hints at just how rare black atheists are. Why are there so few of us out there?

The pew study has a very useful tool that allows for comparison of different religious groups and, somewhat unsurprisingly, african american church-goers rate very high with regards to regularity of church attendance (60% go at least once a week vs. 39% for the US at large). Additionally 85% (!) of african american church goers say religion is 'very important' in their lives compared to 56% of the population at large. It is easy to imagine that it is difficult to develop the independent thinking skills necessary for becoming an atheist with such a high level of consistant exposure. I've met many people in my life that are capable of asking the right questions and display a healthy level of skepticism but these flickers of skepticism never have a chance to grow into the seeds of atheism because the church life is the only one they know. I know that when I left home for college and gradually went to church less frequently I was able to separate myself from that particular lifestyle which was very important in my own personal journey. Many african americans are never in that position, even if they move away from home.

Daniel Dennet hit the nail on the head when he talked about 'belief in belief'. Basically, the idea is that people may not believe everything they say they believe with regards to their theological beliefs but that they believe in believing. I had a friend tell me recently that she was going to an ethics class where they were discussing the accuracy of the bible and she said 'well its just not in me to question it; it is what it is'. From her tone I gathered that, despite her skepticism in the bible, she was just not capable of challenging it. In my experience these types of attitudes are prevalent in the african american community and, considering the level of religious exposure african americans encounter, its easy to understand why.

Is it possible to toss off the shackles of religion when you are constantly exposed to it?
Posted by The Black Atheist at 6:24 PM 23 comments:

I tend to post one to two entries a week. 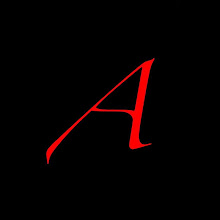 The Black Atheist
I was born in a small, very rural southern town. I was never particularly religious, probably owing to my natural curiousity as a child. I am currently pursuing my PhD at an Ivy League university.

Picture of the week 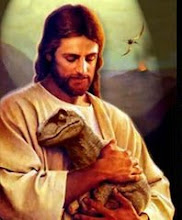 Book of the Moment

Do you believe in a personal god--one who directly intervenes in your life?

Hey, there's a dinosaur behind you! (picture from the Creation Museum)